Our Gaudi tour takes you to two of the best works produced by visionary architect Anthony Gaudi.  You will visit the infamous Sagrada Familia and the lesser-known, but also impressive, Park Guell. The best thing is the tour includes skip-the-line tickets.

Marvel at the genius of this world-famous architect, who left his stamp on Barcelona’s skyline.  Gaudi was a key influencer in the modernist movement which gave Barcelona some of its most fascinating and creative buildings.

Be guided around his intelligently designed buildings and learn of the double-edged genius (aesthetic and technical) of Gaudí’s extraordinary imagination. Enter into his world of fantasy and geometry. Don’t leave Barcelona without truly understanding some of his more exceptional works.

To see Barcelona’s Gothic quarter instead, choose a Private Walking Tour in Barcelona.

Gaudi Tour: A Masterclass in Modernism and Mosaics

The Sagrada Familia is maybe one of Barcelona’s most famous landmarks.  The building is unsurprisingly a UNESCO World Heritage Site. This temple, by the genius architect, is still undergoing construction based on his complex, mind-blowing design. Gaudi dedicated the latter part of his life to this work, a synthesis of his overall conceptions of architecture.  Sadly, he died before his dream could be realized. Works are now scheduled to finish in 2026, which will mark the 100th anniversary of Gaudi’s death.  Residents of Barcelona wonder at the mammoth church as it takes shape week by week, month by month, year by year.

Your tour guide will help you appreciate the richness of the Sagrada Familia.  There’s is fascinating symbolism to be explored at every turn.   The church will have three facades, each telling a story.  There is  Nativity to the east, Passion to the west and Glory to walking around the building your guide will point out the intricate detail in each.

When completed, the church will have 18 spires, of which the central one will measure a massive 172 meters, making it the tallest church in the world.  It will take over the title from the Ulm in Germany

Gaudi took lots of his inspiration from nature.  The columns inside the church, appear like trees, with branches stretching towards the ceiling.  The wonderful stained windows allow the sun to stream in and throw a wash of orange, green, and red into the interior.

Fast track entry into Sagrada Familia is included in this tour.

During the Gaudi Tour, you will also have the chance to explore another of Gaudi’s treasures, Park Guell.  The sprawling park is located in the north of the city, and is home to some wonderful examples of Guadi’s famous trencadis style.  If you have never heard of this before, we can explain.  Trencadis is a type of mosaic design that uses pieces of broken tiles to create patterns and decorate areas.

In the center of the park you will find a large terrace, on which there is a balcony of curved seating which creates the edge to the terrace.  It is also said to represent a sea serpent.  From here you can enjoy some of the most spectacular views of the city along with an intricate display of Gaudi’s trencadis style.  You should keep a lookout for all sorts of little pieces of Gaudi flair.  Underneath this terrace area is a patio filled with supporting columns. On the ceiling, you can see broken plates, amongst other ceramics, which have been used to create some fun abstract images.

One of the key photo opportunities the park offers is alongside the famous dragon which sits near the entrance of the park.  You will see this image in many Barcelona guide books and postcards!

Your Gaudi tour guide will share the history and charm of the park with you.  To give you a taster, we can tell you that the Park was named after Count Eusebi Guell who wanted to create a housing estate inspired by the English City Garden movement.  Ultimately this project did not come to fruition but it did allow Gaudi to practice his innovative structural solutions, which would represent his organic style and later be applied to the design of the Sagrada Familia. 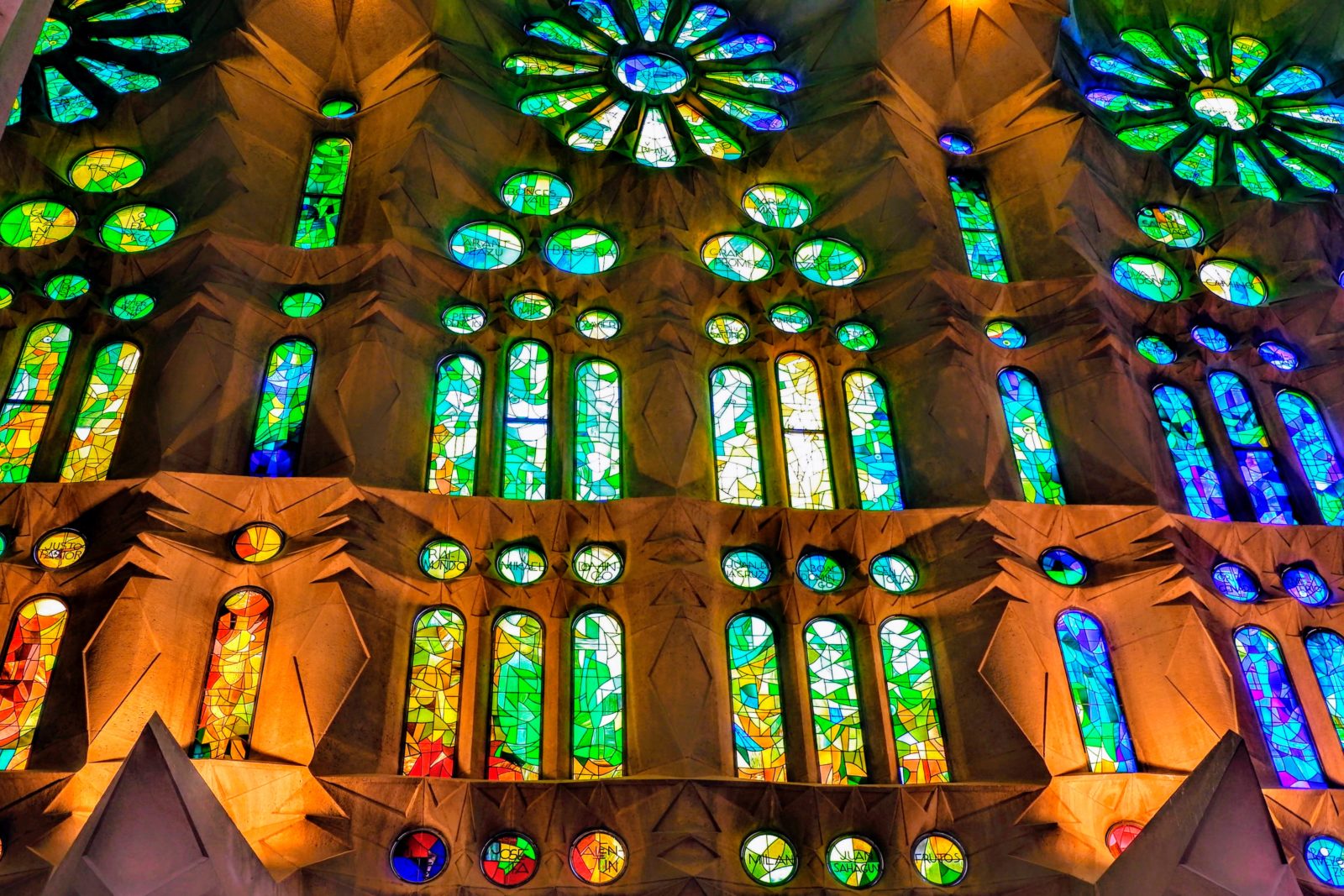 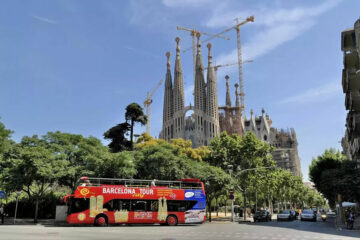 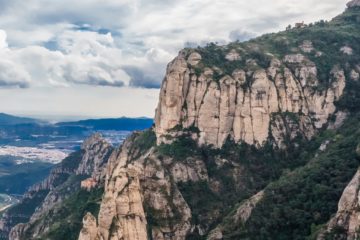 Get out of the city for a 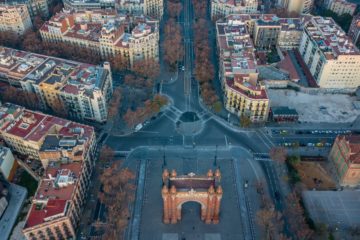 A private tour with transport is a
From82€
Per person